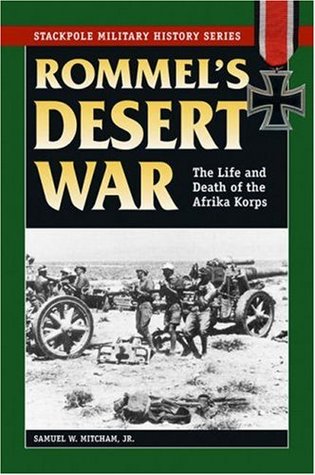 In a series of battles marked by daring raids and quick-armored thrusts against a numerically superior enemy, Erwin Rommel, the notorious Desert Fox, and his Afrika Korps waged one of World War II s toughest campaigns in the North African desert in 1942. The Axis campaign climaxed in June with the recapture of Tobruk, a triumph that netted 33,000 prisoners and earned Rommel a field marshal s baton.

By fall, however, after setbacks at Alam Halfa and the 2 battles of El Alamein, the Afrika Korps teetered on the brink of defeat, which would come in Tunisia 6 months later. Told largely from Rommel s perspective, using his papers and letters.

Comments
Comments for "Rommels Desert War: The Life & Death of the Afrika Korps":